The European Free Alliance (EFA)  is a European party that unites 50 parties all across Europe, parties that want to have a greater say on what is happening in their own region and with their own inhabitants. Some parties strive for independence, other parties want more power to determine the future of their own region or their (linguistic) minority.

The European Free Alliance is a pro-European party that endorses the European Union's values, namely the principles of liberty, democracy, respect for human rights and fundamental freedoms and the rule of law. Together EFA advocates for self-determination, for a Europa of the people, for peace, for a sustainable planet, for social justice, for a multilingual Europe that also takes account of smaller languages. EFA stands in solidarity with all peoples and their right to decide, and that also includes the younger generations.

The manifesto for the most recent European elections of 2019 can be downloaded here . 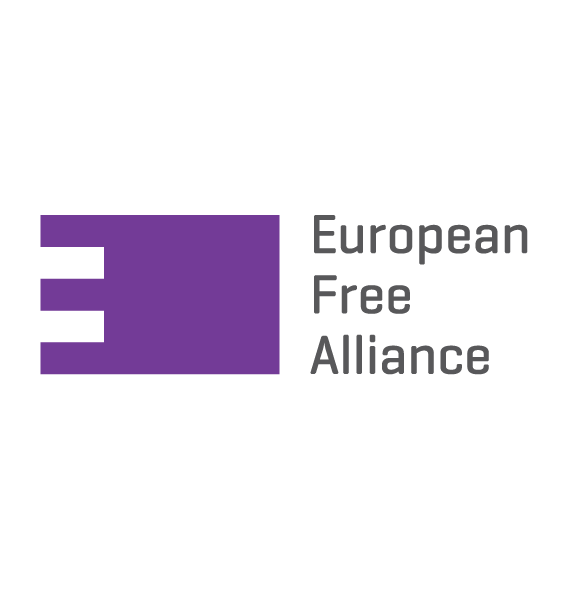 EFA in the European Parliament

Because of domestic sensitiveness some Members of the European Parliament of EFA-parties joined other political groups. For example the members of the Flemish N-VA are not part of the Greens/EFA-parliamentary group.

EA in the Committee of the Regions

The Committee of the Regions  is the EU assembly in which local and regional representatives discuss the policies of the European Union. The assembly represents the local and regional authorities and drafts opinions on new EU legislation that affects regions and municipalities. The Committee of the Regions is a political body consisting of 329 members from all the EU member states. They are elected politicians and leaders at local or regional level. The members meet six times a year in Brussels to discuss legislation or to adopt resolutions on various subjects.

FNP-Executive Council member Klaas Fokkinga  is one of the members of the Dutch delegation of the Committee of the Regions. He is part of the political group of European Alliance, (EA) which is affiliated to EFA.

Born in 1975 in Oerterp (Opsterlân, Fryslân), Frank de Boer is an engineering geologist and legal expert by education. Frank worked a number of years as a geotechnical engineer before starting to work professionally for the European minority organisations YEN and FUEN. As a consequence, he is quite familiar with the situation of many (linguistic) minorities across Europe, and also with the EU institutions and other relevant international organisations, such as the Council of Europe, OSCE and the United Nations. As the author of the text and legal coordinator, Frank was one of the architects of the Minority SafePack Initiative, the European Citizens' Initiative for minority rights and linguistic diversity in Europe.

After moving back to Fryslân in 2017, Frank became more strongly involved in the Fryske Nasjonale Partij and is now an advisor to the FNP group in the Frisian Parliament. Since 2022 he is a member of the EFA Bureau. 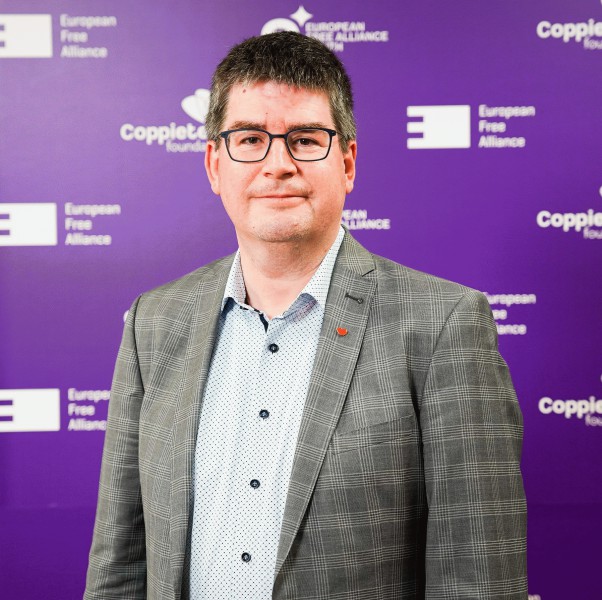